Prashant Athavale has been appointed assistant professor of math at Clarkson University. 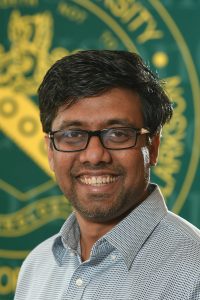 He is the recipient of the 2017 Professor Joel Dean Award for excellence in teaching from the University of Maryland and the 2014 Frederick V. Atkinson Teaching Award for outstanding performance as an instructor and significant contribution to undergraduate teaching in the Department of Mathematics from the University of Toronto in Canada. He was awarded a 2011 Fields Ontario Postdoctoral Fellowship and received a 2010 NIH New Investigator Award for research on human placenta.

Prior to his academic career, Athavale was an officer at the Bharat Petroleum Corporation Limited in Mumbai, India.