Ruth Baltus, Professor of Chemical & Biomolecular Engineering at Clarkson University, has been selected to receive the American Chemical Society (ACS) Award for Encouraging Women into Careers in the Chemical Sciences, sponsored by the Camille & Henry Dreyfus Foundation 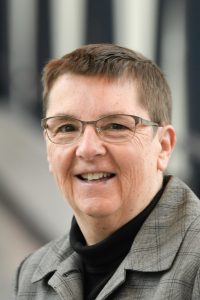 This award is given to recognize significant accomplishments by individuals who have stimulated or fostered the interest of women in chemistry, promoting their professional developments as chemists or chemical engineers.

Baltus was nominated for the award by Clarkson President Anthony Collins. In his nomination letter, he says, “Professor Baltus has been a tireless advocate for women at Clarkson. Her success in encouraging women to pursue chemical engineering careers and to reach their full professional development is impressive, her passion towards this goal is inspiring, and her efforts are a model to be emulated.”

Baltus has been at Clarkson since 1983. At the time of her appointment, she was one of only four female engineering faculty members, and the second in her department. Much has changed at Clarkson since Baltus joined the faculty 35 years ago. Today, women comprise 36% of recent (2014-2016) faculty hires in STEM departments and now comprise 30% of the faculty in STEM disciplines (51 of 169). The undergraduate student body is now 30% female, with 70% of the women majoring in science, engineering and math.  Baltus has played a pivotal role in the success of that growth. Throughout her career, she has been a committed educator, mentor and advisor, and a champion for women in science and engineering, advocating for both students and faculty.

For ten years (1991-2001), Baltus was the faculty advisor for Clarkson’s student section of the Society of Women Engineers (SWE). During that time, the section was honored three times (1993, 1999 and 2000) as the Best Student Section in Region F, which is composed of 26 schools in the Northeast U.S. Under her leadership, the SWE chapter initiated a science and engineering night for local 4th and 5th grade Girl Scouts to introduce them to STEM fields through hands-on science and engineering activities, an annual event that Baltus continues to coordinate to this day.

Baltus has received numerous honors and awards over the years. At Clarkson, she has been honored with both teaching and advising awards. In 2003, Baltus was presented with the Distinguished Engineering Educator Award from the Society of Women Engineers. In 2006, she was honored by her alma mater SUNY Oswego with The Lifetime Award of Merit, and was invited to deliver the prestigious Augustine Silveira Jr. Distinguished Lecture. In 2014, she delivered the Ernst and Young Lecture on Gender Equity in the Workplace at SUNY Oswego. In 2014, Baltus was selected as the St. Lawrence County AAUW (American Association of University Women) Agent of Change, which recognizes a woman whose work has advanced the cause of women’s rights and who has brought about significant change in the community.

In collaboration with many graduate and undergraduate students, Baltus’s scholarly work has involved both theoretical and experimental studies of membrane separations, as well as experimental investigations of the characteristics of room temperature ionic liquids. Her research has been funded by the National Science Foundation, the ACS Petroleum Research Fund and the National Institutes of Health. She has been a visiting research fellow at General Electric Corporate Research & Development Labs in Schenectady, N.Y., and a visiting researcher at Oak Ridge National Lab in Oak Ridge, Tenn. She has served on the board of the North American Membrane Society and co-organized its annual meeting in 2015.

Baltus will be honored at the awards ceremony on Tuesday, April 2, 2019, in conjunction with the 257th ACS National Meeting in Orlando.