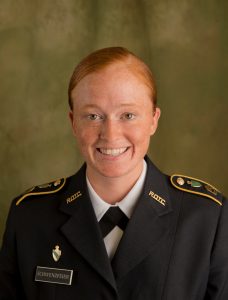 Her former Clarkson Army ROTC Professor of Military Science, LTC Mike Athanasakis says, “Getting selected for Aviation is an extremely tough cut, she was the best of the best in her class.”

Originally from East Haddam, CT, Schwenzfeier was also a varsity softball athlete for the Clarkson Golden Knights and chosen in 2017 as a Liberty League First-Team All-Star for her offensive contributions.