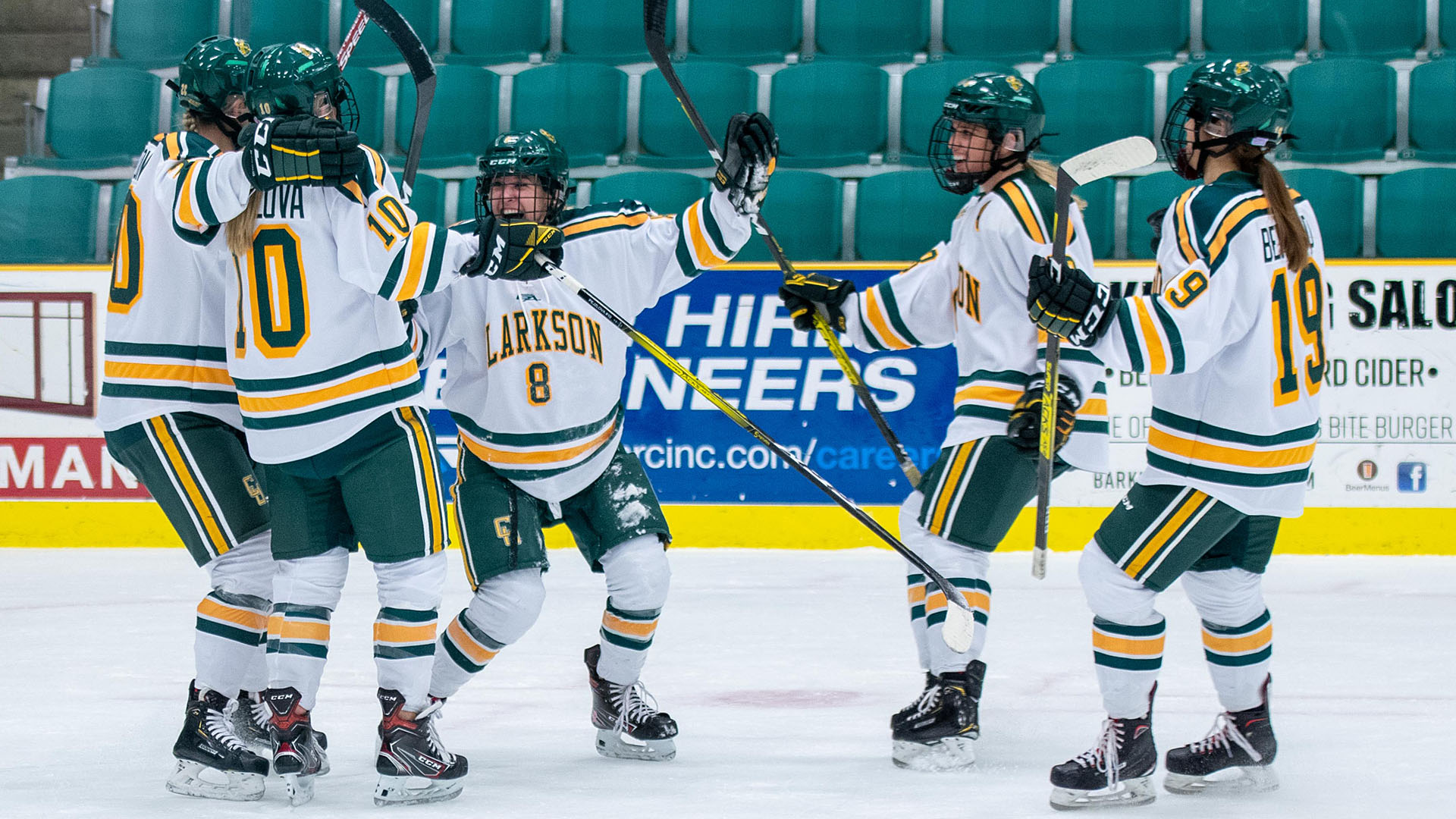 ECAC Hockey playoff action returns to Cheel Arena once again as Clarkson hosts a league quarterfinal series for the ninth consecutive season. The Golden Knights will face a familiar postseason opponent when they battle Colgate in the best-of-three games series. The rivals will face off on Friday at 6:00 p.m., Saturday at 3:00 p.m., and will meet in a deciding Game 3 on Sunday at 3:00 p.m. if necessary.

Admission to the playoff games are free for Clarkson students. Tickets are $6.00 for Clarkson faculty and staff.

Three-time defending conference tournament champion, Clarkson finished the 2019-20 ECAC Hockey slate in third place in the 12-team conference with a 14-4-4 league record and earned the #3 seed in the eight-team playoffs. Ranked 7th in the national polls, Clarkson has skated to its ninth straight 20-win campaign with a 23-5-6 overall record.

COVID-19 Lead: Making the New Normal Work for Everyone