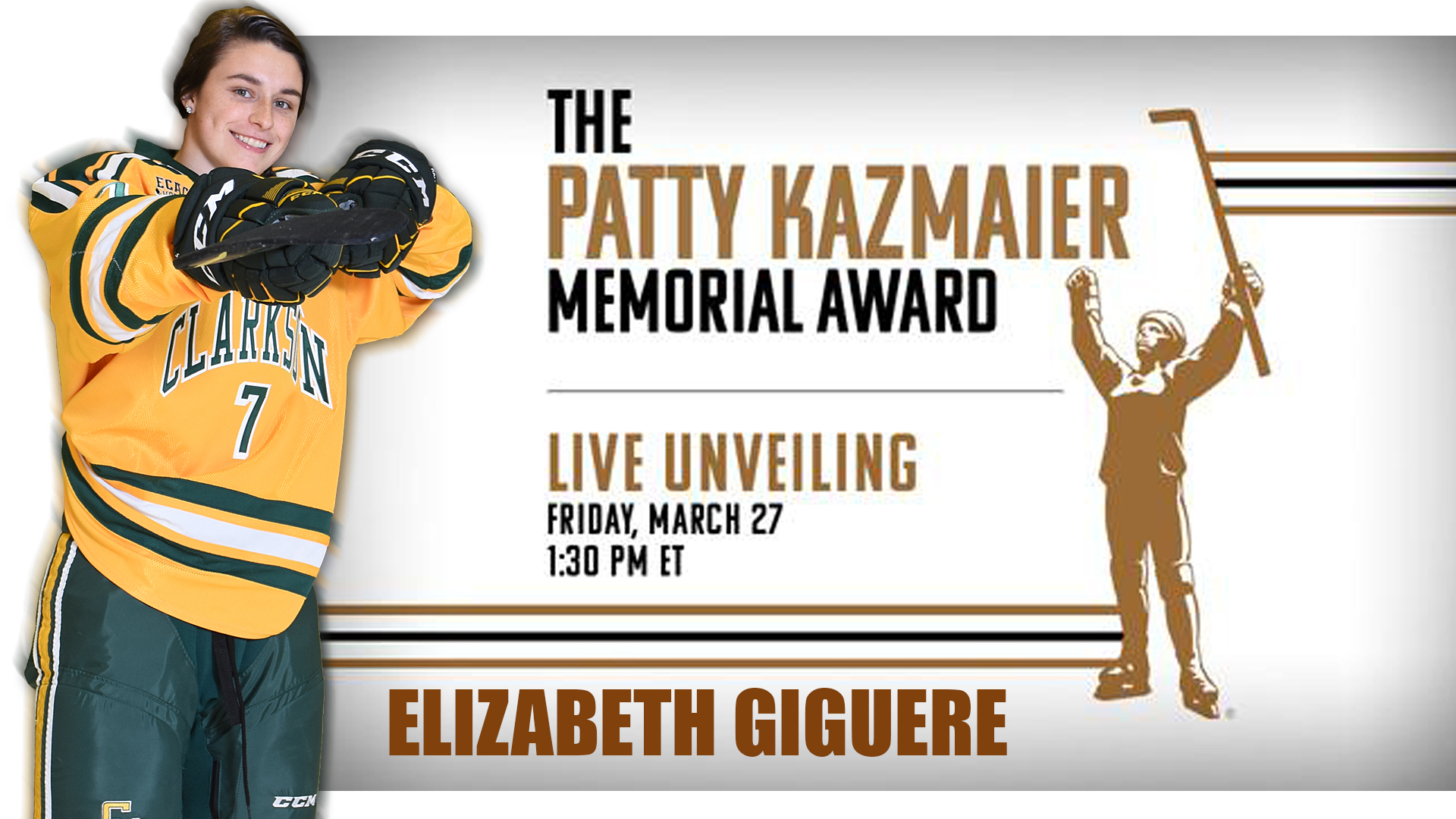 Elizabeth Giguere enjoyed another phenomenal season for the Golden Knights and added to her resume as one of the top players all-time in women’s college hockey. A Top 3 Patty Kazmaier Finalist, she was also named a First-Team All-American, ECAC Hockey Player of the Year, ECAC Hockey’s Best Forward and First-Team conference all-star earlier this month.  The leading goal scorer in NCAA Division I with 37 tallies in 37 games – seven more goals than any other player, Giguere tied for second in the country in points with 66. The junior right wing tied for the nation lead in game-winning goals with 10 and tied for second in the country in shorthanded markers with three. The Quebec City native tallied four power-play goals and posted a +39 plus/minus.