Xiaocun Lu has been appointed assistant professor of chemistry at Clarkson University. 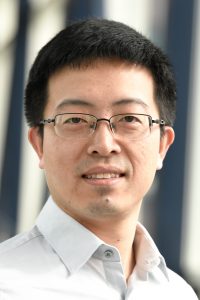 Lu concentrates his research in supramolecular self-assembly, which focuses on the studies of weak interactions beyond molecules and the construction of complicated, well-defined supra-molecular architectures that exist in the natural process. He is the co-patent holder of two patents: 62/581,818 (Non-aqueous encapsulation) and 15/013,220 (Precise Three-Dimensional Supramacromolecule Interconversions). He has presented his research at multiple conferences and published his findings in several scientific journals including Journal of the American Chemical Society, Angewandte Chemie International Edition, Macromolecules, Chemical Communications, and ACS Applied Materials & Interface.

He is a member of the Materials Research Society, the Society of Postdoctoral Scholars at the University of Illinois and the American Chemical Society.

NCC Systems on Campus Next Week